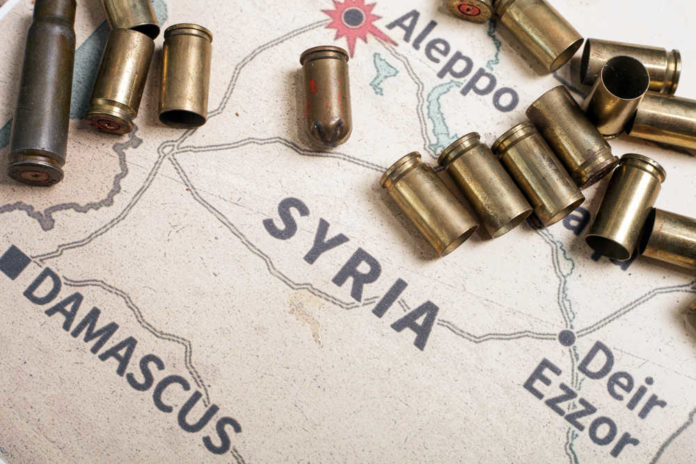 A federal court in Kansas sentenced Allison Fluke-Ekren to 20 years imprisonment and 25 years of supervised relief for admitting to training a battalion of ISIS female fighters and planning an attack on an American college campus.

Court documents reveal that “Allison Fluke-Ekren, aka Allison Ekren, aka Umm Mohammed al-Amriki, and aka Umm Mohammed, 42, a former resident of Kansas, traveled overseas and, from in or about September 2011 through in or about May 2019, engaged in terrorist acts in multiple countries, including Syria, Libya and Iraq. Fluke-Ekren ultimately served as the leader and organizer of an ISIS military battalion, known as the Khatiba Nusaybah, where she trained women on the use of automatic firing AK-47 assault rifles, grenades and suicide belts. Over 100 women and young girls, some as young as 10 years old, received military training from Fluke-Ekren in Syria on behalf of ISIS.”

Training to Over 100 Women and Young Girls in Syria on Behalf of ISIS and Numerous Other Terrorist Actshttps://t.co/ANYf8Uj0Rr

In addition to training the ISIS battalions, Fluke-Ekren, on six separate occasions, expressed interest in carrying out terrorist attacks on American soil in support of ISIS. Describing Fluke-Ekren, Tony Mattivi, the former DOJ National Security Coordinator for the District of Kansas said, “There are American citizens who want to do damage to our country and whether they’re here inside the country, trying to commit attacks or outside of the country.”

During the hearing, “The Court incorporated into the record two separate letters submitted by Fluke-Ekren’s adult daughter and adult son, both of whom wrote about being abused by Fluke-Ekren, beginning in Kansas and continuing overseas when they were minors.” Her daughter also recounted a time when Fluke-Ekren coerced her into marrying an ISIS fighter who then raped her when she was just 13.

Pleading guilty only to “supporting a terrorist organization,” Fluke-Ekren said that her daughter’s claims “shocked and horrified” her and she has since denied them.

Fluke-Ekren claimed to stop supporting ISIS in 2019 and turned herself into Syrian law enforcement in 2021 prior to being transferred to U.S. custody in January.