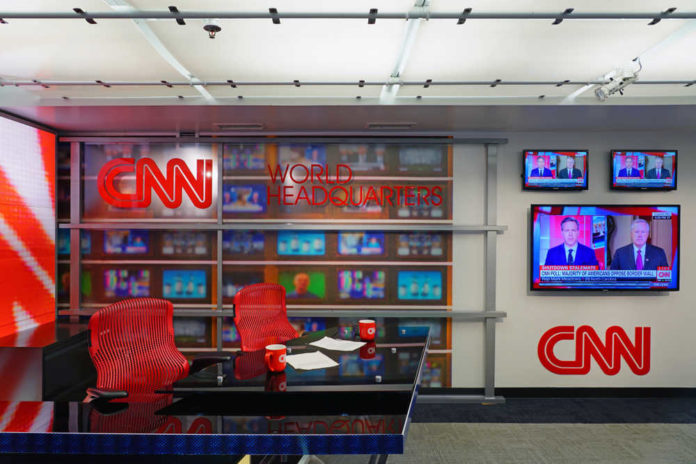 CNN is pulling Jake Tapper from his prime time slot just weeks after debuting him there as ratings have tanked for the program. The anchor will return to his previous 4-6 p.m. duties after the midterm elections.

New network head Chris Licht reportedly wanted to entrench Tapper as the “face” of CNN, but that plan quickly unraveled.

A network spokesperson announced that after the midterm elections, “he will be returning to his award-winning program ‘The Lead.’” No announcement has been made as to his replacement for the nightly show.

Russia collusion hoaxer and partisan extremist @jaketapper being kicked back to daytime television after his evening show experiment fails to draw viewers. https://t.co/hToIXrsXN1

Tapper’s debut less than a month ago was an all-out effort, highlighted by interviews with President Joe Biden and actor Dwayne “The Rock” Johnson.

But momentum quickly stalled, and “CNN Tonight with Jake Tapper” soon plummeted to a distant third among the major news networks. The failure of the liberal anchor to secure even passable ratings ranks as a major disappointment for the retooled CNN.

That struggling time slot has been without a permanent host since Dec. 2021 when Chris Cuomo was shown the door.

Variety previously reported that the network “settled” on Tapper as the permanent host for the premium slot, and the Daily Beast concurred that he was the top candidate to take the lead.

Tapper, despite his calmer demeanor, was perhaps as partisan as some of the more vocal voices on the network. Early in his brief run in the 9 p.m. hour, the anchor railed against “election deniers” in political races as well as former President Donald Trump’s “anti-democracy insanity.”

Tapper took credit for banning the former president from his programming, despite having a parade of Democrats as guests that included “election denier” Stacey Abrams.

Since taking the network’s reins, Licht has been vocal in his desire to pull CNN back from its hyper-partisan news coverage that became entrenched during the Trump presidency.

Further, network employees fear a new round of layoffs after Licht dispersed a memo promising “unsettling” changes through the end of the year and beyond. Tapper’s demotion is just another example of the disarray now boiling over at “the most trusted name in news.”