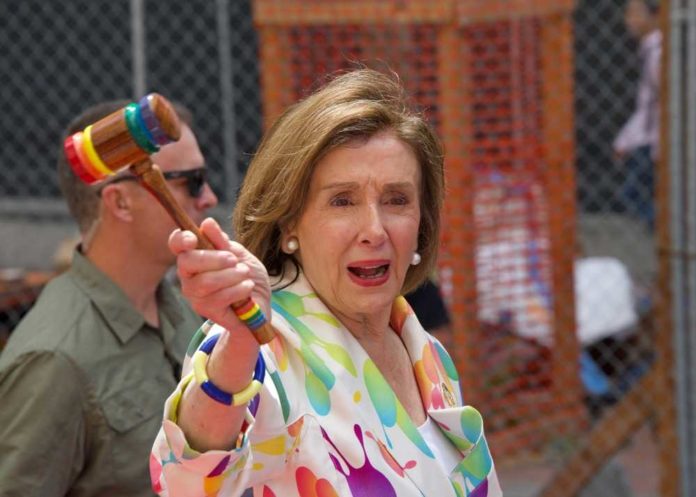 The Democratic Party and their media allies are in overdrive to convince the American public that the obviously psychotic attacker of Paul Pelosi was a right-wing ultra-MAGA operative.

Nevermind that the radical nudist claimed to see invisible fairies and lived in a hippie commune, it is of utmost importance that he be tied to Jan. 6 and supporters of former president Donald Trump.

It is hardly surprising that this is the narrative pushed by the left just days before they are expected to be roasted in the midterm elections.

In the words of former Secretary of State and failed presidential candidate Hillary Clinton, the GOP and its supporters “spread hate and deranged conspiracy theories.”

This from the same person who blames everything, apparently including the despicable attack on Paul Pelosi, on a “vast right-wing conspiracy.”

She adds that violence is the result and “we must hold them accountable for their words and the actions that follow.”

Where was Clinton when an armed leftist flew across the country and attempted to assassinate Justice Brett Kavanaugh? Or when BLM radicals burned police stations? Or when pro-abortionists torched faith-based pregnancy centers and vandalized churches?

Suspected #PaulPelosi attacker #DavidDePape has ties to a radical nudist activist woman who was convicted last year of stalking a 14-year-old boy and attempting to kidnap him. https://t.co/bInGRryRnP

Never to be left out, President Joe Biden cast blame on election deniers.

And his press secretary, Karine Jean-Pierre, appeared on MSNBC Sunday to throw her weight behind blaming conservatives for the assault. Comparing the San Francisco incident to Jan. 6, she declared that “we need to end this type of rhetoric.”

The truth of David DePape and the attack on the Pelosi residence was quickly revealed but does not fit the narrative that Democrats want to spread before the midterm elections.

From none other than his ex-life partner and mother of his two sons, the judgment is that the alleged attacker has been “mentally ill for a long time.”

Oxane Taub, who is serving time in California on charges involving a 14-year-old, detailed the long history of bizarre behavior by the suspect. She described DePape returning from a nearly year-long disappearance believing he was Jesus.

The suspect is being held on charges of attempted homicide, assault with a deadly weapon, elderly abuse, and other felonies. Paul Pelosi is expected to make a full recovery.