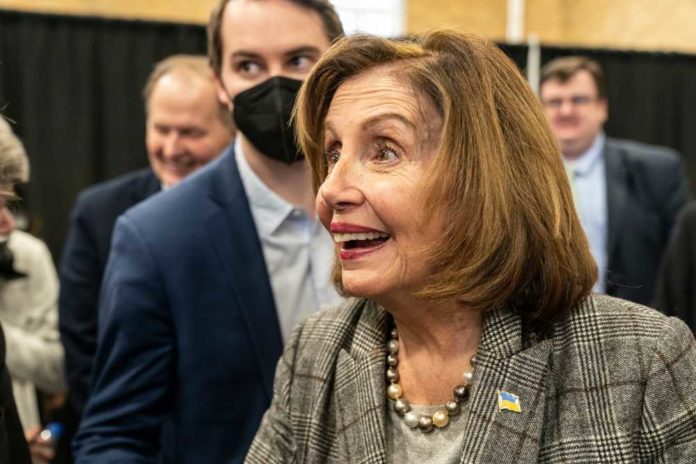 During an appearance on PBS, RINO Rep. Liz Cheney (R-WY) endorsed yet another Democrat candidate in next week’s midterm elections — while also praising Speaker of the House Nancy Pelosi (D-CA) as a “tremendous leader.”

Liz Cheney, who propaganda press falsely label a conservative, says of Nancy Pelosi: "She is a tremendous leader. She is a leader of historic consequence." https://t.co/wvBFN2kZ9s

The outgoing Wyoming congresswoman was asked whether she would support Vance against Ryan in the race, to which she responded: “I would not vote for J.D. Vance.”

“So if you were a Buckeye State voter, you’d be voting for Tim Ryan?” Woodruff asked.

“I would,” Cheney replied.

The establishment Republican, who began cozying up with Democrats more and more after the election of former President Donald Trump, went on to refer to Speaker Pelosi as a “tremendous leader” and “a leader of historic consequence.”

Commenting on Cheney’s remarks, Breitbart News noted that “Cheney’s endorsement of Ryan is fitting, as the two share a pro-military-interventionist worldview that sees the United States Armed Forces as a tool to deploy across the world whenever necessary.”

For example, the outlet noted that both Ryan and the outgoing Wyoming congresswoman had voted in favor of sending $65 billion in taxpayer money to Ukraine in response to the Russian invasion. Ryan also touted his support for sending an additional $12 billion of American taxpayers’ money to Ukraine back in September.

Meanwhile, Vance has campaigned on a restrained approach to foreign policy. During his Republican primary campaign, his position against U.S. intervention in Ukraine was cited as a “pivotal moment” which set him apart from other politicians in both parties who claim to oppose foreign interventionism while outright supporting and funding the Ukraine-Russia war.

It appears that most Americans agree with Vance’s approach. In February, at the start of the Russian invasion of Ukraine, a CNN poll revealed that nearly 6 in 10 Americans opposed the U.S. taking direct military action in support of Ukraine to end the invasion.