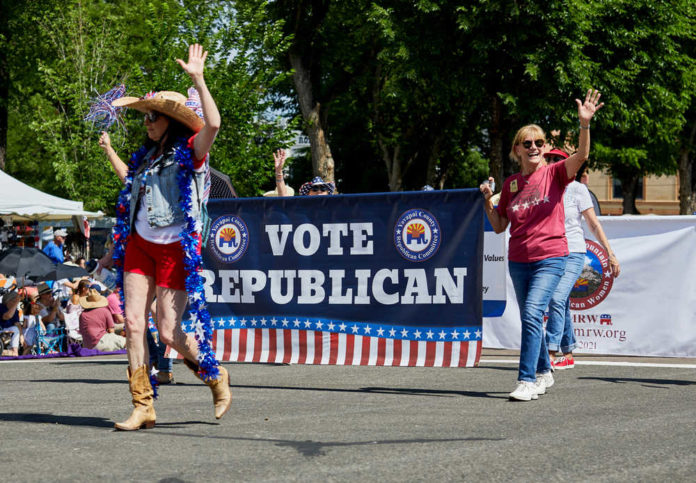 Sunny Hostin, co-host of ABC’s left-wing talk show “The View,” smeared voters who dare to disagree with her — disparaging women who vote for Republicans by comparing them to vermin voting for their own extermination.

During a discussion on Thursday about issues in the 2022 midterm elections, Hostin was complaining about White suburban women favoring Republicans despite the Supreme Court overturning Roe v. Wade — referring to a Wall Street Journal survey published on Tuesday which shows that White suburban women have moved significantly toward the GOP in the last three months.

Rather than trying to understand that Americans, including women, are more concerned about economic issues because these are the problems that are affecting them the most at the moment, the leftist co-host decided to condemn women who choose to vote in a way that she disagrees with.

“What’s also surprising to me is the abortion issue. I read a poll just yesterday that white Republican suburban women are now going to vote Republican,” she said. “It’s almost like roaches voting for Raid.”

“They’re voting against their own self-interest. Do they want to live in Gilead?” Hostin mockingly asked, referring to one of the left’s favorite dystopian novels: “The Handmaid’s Tale.”

This is what the Left truly thinks of you.

Hostin’s disparaging remarks caused a tense back-and-forth with co-host Alyssa Farah Griffin, the show’s newest member who was hired to be the “Republican” voice on the panel.

Farah Griffin clapped back at Hostin’s attacks on voters, arguing that her comments exemplify the type of “anti-democratic” rhetoric which Democrats have claimed is dangerous.

“Do we love democracy or not because just saying that— it’s insulting to the voter,” she shot back. “People make decisions about what’s right for their family and the idea that you should have a say for everyone else’s vote.”

“You had a different view on abortion not that long ago, and you evolved on it,” Farah Griffin added. “But then why is another woman not allowed to have a different view?”

“I am very surprised that white, Republican, suburban women are voting against their own health care,” Hostin replied. “I have not really recently evolved on the issue. I am Catholic — that is my faith. I believe that abortion is wrong — for me. There’s a separation between government and church, and I do not have the right to tell someone else. However, they are voting against their own self-interest.”

Conservatives are calling out Hostin, and demanding that she face consequences for her comments from the network.

“The racism from @Sunny Hostin is out of control. @ABCNewsPR will she face any consequences for calling white women ‘roaches’?” tweeted Nicholas Fondacaro, associate editor for the Media Research Center and Newsbusters.

The racism from @Sunny Hostin is out of control. @ABCNewsPR will she face any consequences for calling white women "roaches"? https://t.co/Jn6SuEnrj9