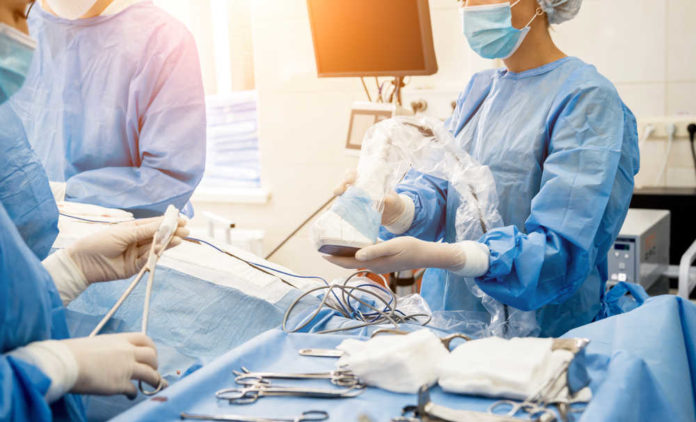 The number of chest reconstructions, known colloquially as “top surgeries,” being performed on children has risen nearly 400% in the past three years, according to a report from the Daily Mail.

Citing a study by Tennessee’s Vanderbilt University, the Daily Mail noted that there were 489 “top surgeries” performed on so-called transgender children aged 17 and younger in 2019 compared to just 100 in 2016.

The majority of these surgeries were for girls “transitioning” into boys by having their breasts surgically removed, while just 1.4% of the procedures involved implanting breast tissue into boys to “transition” them into girls.

This particular study did not delve into the prevalence of “bottom surgeries,” which involve surgically altering sex organs — although those procedures are believed to have increased for minors in recent years as well.

According to Newsmax, “The average age of teens receiving the surgeries was 17, but 5.5% were younger than 14.”

These transgender surgeries on minors are controversial, with conservatives condemning them and calling for bans on the procedures until adulthood. Critics argue that children are too young and impressionable to make decisions that would permanently alter and mutilate their bodies and affect them for the rest of their lives, as many of these procedures can potentially sterilize the child.

Yesterday I joined @MattWalshBlog and thousands of Americans on the steps of the Tennessee State Capitol taking a stand to protect our kids and calling for an end to child mutilation. https://t.co/lzp3MN7vL5

Nonetheless, the left has stood firm in advocating for these procedures, claiming that “transgender children” could be psychologically harmed if they are not affirmed in the gender that they claim to be — including through potentially irreversible surgery.

President Joe Biden earlier this week spoke with a transgender activist at the White House, declaring that states should not even be allowed to place restrictions on transgender surgeries for minors.

We don’t let kids get tattoos before they are 18, but @JoeBiden doesn’t think states should be able to ban kids from getting their genitals chopped off. The fact that this position is Democrat orthodoxy now is complete insanity. pic.twitter.com/9znP54MpjD

Meanwhile, 22 states have either considered or passed laws to restrict the medical transitioning of minors, according to the Movement Advancement Project.

Earlier this month, Oklahoma cut funds for hospitals that prescribe puberty blockers — which can cause serious issues including osteoporosis, infertility and increased cancer risk — to children.

Texas Gov. Greg Abbott (R) has stated that the use of puberty blockers is “child abuse.”

Opponents of medical transitioning of minors argue that many children may one day regret their decision — as others have done — and wish to de-transition back to the way they were born, but it may be too late, as many of the procedures are irreversible.

Some proponents claim that the dramatic rise in children identifying as transgender is due to society’s greater acceptance of transgenderism, but critics say that young people are actually being swayed by the fact that being transgender is now “trendy” and “popular” among peers — citing statistics that youths in liberal “blue” states are more likely to identify as transgender than those in conservative “red” states.