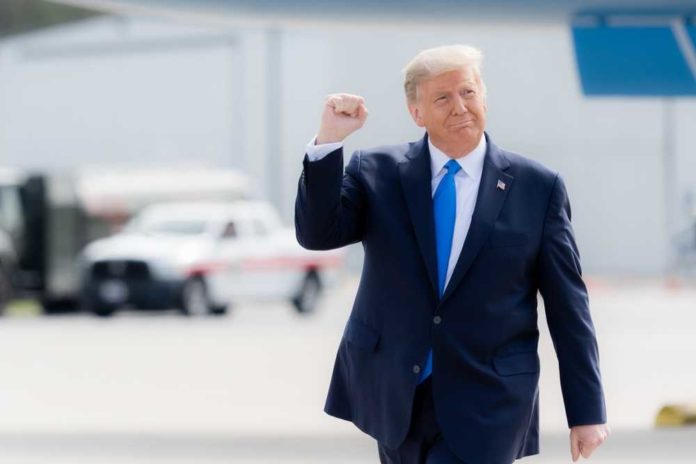 A 2024 presidential run by former President Donald Trump appears all but certain after the Republican hailed a Save America rally in Iowa Thursday night with obvious hints of a forthcoming campaign.

Without an outright declaration, Trump told the enthusiastic audience that it is crucial to make the U.S. “successful and safe and glorious.” He then declared “I will very, very, very probably do it again, OK?”

Trump said to “get ready, that’s all I’m telling you.”

Trump was in Iowa to support GOP Gov. Kim Reynolds and Sen. Chuck Grassley (R-IA) ahead of Tuesday’s midterm elections. He is to follow the event with stops in Latrobe, Pennsylvania and Miami, Florida.

On the eve of Tuesday’s pivotal election Trump will speak at a rally in Dayton, Ohio.

The former president and businessman is widely rumored to be gearing up for a third run at the Oval Office in 2024. Hints have circulated that he is positioning himself with potential donors and organizing a campaign staff before making his intentions official.

Axios reported that Trump’s closest associates are working towards a Nov. 14 announcement to be followed by several days of political events. And while the rumors are nothing new, the outlet said that important allies are clearing their calendars and preparing to travel.

Speculation abounds that he will look to ride the momentum from the expected Republican gains in the Nov. 8 elections.

Besides timing the announcement to coincide with post-election euphoria, the early date allows the former president to get ahead of potential rivals. Chief among those who may seek the GOP nomination is popular Florida Gov. Ron DeSantis, also believed to be positioning for a presidential run.